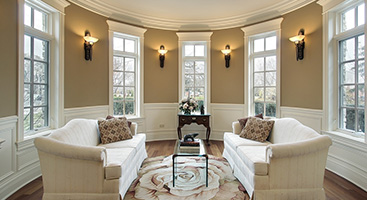 You’ve probably noticed that the Northern Colorado housing market has been doing pretty well for itself lately. Prices continue to rise and bidding wars are becoming more and more common.

But will it last? We’ve seen strong markets before, only to have them take a hard hit because of the national housing market a decade ago. Is now any different?

It’s impossible to say with certainty, but we have a feeling that investing in Colorado luxury real estate is one of the stronger property investments you could ever make. What are some of the factors that make us think this?

The good spots are all taken – Colorado is a big state, and the scrubland in the east will be cheap for untold decades. But the spots that people want…mountain view, access to amenities, proximity to the right jobs…are getting more and more expensive as the population grows. Speaking of which…

People continue to flock here – Tech grows, breweries bring people in, and the idea of Colorado being too “cowboy” is fading away. People want to live where they want to live, and they’re willing to pay for it. Many people moving to Colorado are the ones sick of California, so they have the money to pay top-dollar for Northern Colorado property.

The Retirees Aren’t Leaving – Because Norther Colorado is consistently named one of the nation’s best places to retire, many retirees just aren’t going anywhere. In some places, housing becomes available as people move to warmer climates like Florida or Arizona. But people just aren’t giving up their property in Northern Colorado. Which leaves even fewer houses, which means property values rise.

Investing in luxury real estate isn’t something you should be entered into lightly, so get some professional help from a Realtor. Give us a call and we can find you the best possible luxury real estate that you might want to invest in.

For the last decade, the Front Range of Northern Colorado has been silently sneaking onto many national lists as one of the most desirable places to live in America. Situated on the plains near the base of the Rocky Mountains, Northern Colorado offers a quality of life like no other.

Are you thinking about selling your home? The Group, Inc.’s marketing system has helped homeowners successfully sell their real estate for over 30 years. Learn about some of the resources we have for you. Group Realtors are available to answer your questions and help make the sale of your home easy!